A                Ordinary methods of constructing communication theories normally presuppose a given concept and/or phenomena of communication; presuppositions of this kind give the primitives of individual theories. Explaining or proving primitives could not - and need not be achieved within the confines of the theory includes them. Naturally, a meta-theory could challenge the postulates of a normal theory, and it could try to explain or criticize them; still, the very same meta-theory has its own primitives and postulates which could not be, and need not be explained or proved by the instruments of its own: so any meta-theory is a normal theory in connection with itself. The order of theories is potentially infinitely successive: there are no logical cogency forces a maximal resolution for a given theory (while, of course, it could be reasonable to argue for an optimal resolution).

The very fact that communication theories operate on postulated or primitive communication-concepts necessarily holds for theories searching the right concept of communication, and for those of which try to eliminate it: since the categories of labelling are given, so are the results of categorization (though as a process it could be uncompleted or even unbegun).

(iii)            When theory A could exhaustively describe phenomenons described by theory B with less primitive terms, then theory B could be reduced to theory A;

(iv)             When theory A could describe  (at least a subset of) phenomenons described by theory B with higher relevant resolution, then theory A is specialization of theory B;

So connections (i) – (v) are typical relations between theories; any ascertained relation ARB could be considered as an intellectual plus, and, for a pure communication research, it is strongly required.

Consider, that a pure communication inquire could be alternation, subsumation, reduction, specialization, grounding and modelling alike.

2                Second, a pure communication research could analyze the occurrences of the term „communication” in a given natural language. The after-come of a research of this kind could be multifarious. An empirical research could describe speech acts carried out with sentences including the expression "communication." But the aim of a philosophical or conceptual analysis is much more than a pure description, because it could explore the logical structure of sentences including a given expression, and, typically, it could indicate that the ordinary-language uses of a given expression could be misleading in philosophy or in sciences. Furthermore, genetic research is pure communication research per se, which investigates (for example, with the tools of etymological analysis) the oldest or most basal occurrences of a given expression. Genetic researchers have a serious tradition in not just historical or philological sciences but in logics and semiotics as well. Likewise, in the case of questing ordinary language, genetic researchers investigate language uses of a given community, but the genetic method is the stronger, because its outcomes are being held as normative, not just descriptive. 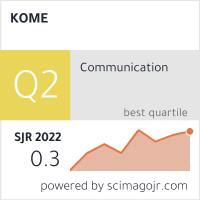